The Healthcare Pillar mission is to strengthen the Atlanta veteran community by providing knowledge, connecting resources, and informing latest trends and best practices about healthcare to veterans, veteran advocates, veteran caregivers, veteran healthcare providers, and veteran employers to aid in: 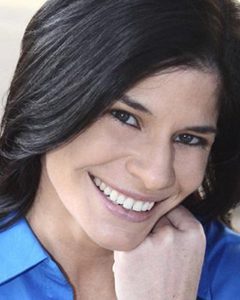 Services at SHARE are provided at no cost to the service member. Each client receives an average of 12 weeks of comprehensive treatment followed by one year of transition support from a Life Coach who will travel to the homes and communities of clients once they return home from SHARE. In her role, Jackie oversees the daily operations, clinicians, and clients with the SHARE program.

Jackie has been employed at the Shepherd Center since 2009, and provided case management and transition support services to patients after discharging to their home communities until her position with SHARE in 2014. In addition to her role at SHARE, Jackie serves on the Board of the Atlanta VA Mental Health Advocacy Council.

Prior to working at Shepherd, Jackie worked in the field of adolescent behavioral health for 7 years. She was the Recreation Therapy/Activities Supervisor at the United Methodist Children’s Home in Decatur for 5 years, and a Recreation Therapist at Inner Harbour/Youth Villages in Douglasville for 2 years.

In 2004, Beau took an inventory of his “personal rucksack”, after reading Dr. Charles Hoge’s groundbreaking study published in the New England Journal of Medicine that highlighted the staggering rates of PTSD and TBI in our combat forces engaged in the war on terror. He realized that many of the solutions being offered were ineffective.  This was evidenced by the skyrocketing suicide rate of our service members. Having spent the prior 12 years articulating disease states to patients and physicians in the medical industry (and being able to “speak fluent Infantry”), he began sketching an outline of what he had learned in his 10-year military career as an Infantry officer, as well as his civilian experiences in the medical arena. 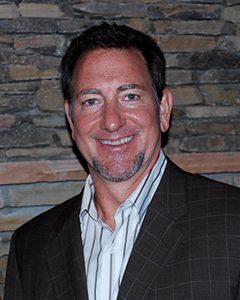 Beau learned early as a civilian that evidence-based methodologies offered the best means of providing a reasonable and predictable result in therapeutic approaches. As a former Airborne Ranger, he also understood that warriors excel with processes and procedures that they can learn quickly through demonstration and rehearsal.

In 2009, Beau established Warrior Life Coach®, an executive coaching practice, to offer transitioning combat veterans an alternative solution to the challenges they faced in a post-combat world.  To date, he boasts a 46% reduction in suicidal ideation, along with improvements in relationship satisfaction and improved overall emotional states in combat veterans diagnosed with PTSD/TBI.

Beau holds a Bachelor of Business Administration from The University of Mississippi, is a certified personal trainer through the American College of Sports Medicine, and is a Master Life Coach with The Burris Institute.  He is currently pursuing his accreditation as a Certified Brain Injury Specialist, which he will complete in June of 2017.  He serves on the Board of Directors for the Smyrna Public Safety Foundation and on the Board of Advisors to the Warrior Bonfire Program.

He and his wife Jackie currently live in Smyrna, where they enjoy cycling, travel, great food, and live music.